We use cookies to personalise content and ads, to provide social media features and to analyse our traffic. We also share information about your use of our site with our social media, advertising and analytics partners who may combine it with other information that you’ve provided to them or that they’ve collected from your use of their services. You consent to our cookies if you continue to use our website. Control cookies

Old fortifications in Riga, at the corner of Mārstaļu Street and Minsterejas Street.

According to the Indriķis Chronicle, this part of the city was enclosed in a wall in 1209. This area probably accommodated the so-called Saint Mary Stalls (‘Mahrstall’ in German), which gave Mārstaļu Street its name. The city wall made a corner here, with the Daugava on one of its sides, and the small River Riga, on the other. During one spring in the late 13th century, drifting ice on the Daugava crushed and collapsed the city wall. It was rebuilt, and it was decided to build a square tower next to the Mārstaļu Street gate, to protect the corner of the city wall against spring floods, and to function as a guard tower and a warehouse. It is known that in the 14th century, it was leased by a city councilman called Maršalks. 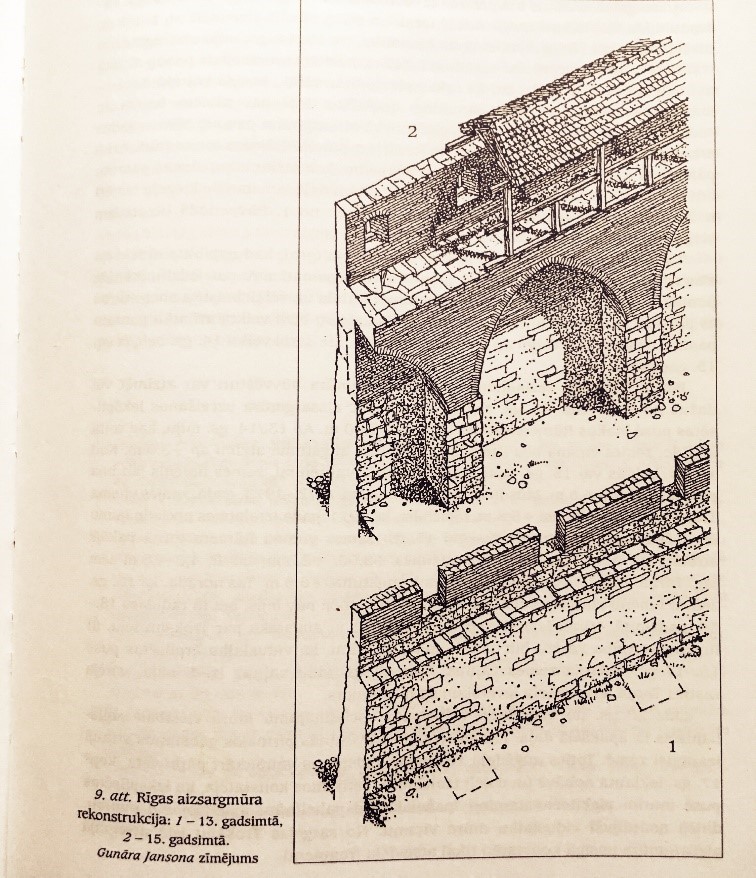 As gunpowder weapons and especially artillery developed, old towers stopped offering sufficient protection to the city, and many of them were rebuilt. The Mārstaļu Tower was also affected by these changes. Instead of demolishing the old tower, a new, semi-circular tower was built around it; the new tower was 25.32 metres wide and its walls were 4.6 m thick. It became Riga’s biggest fortification tower. Old drawings of the city show this semi-circular tower that has the old tower inside it. 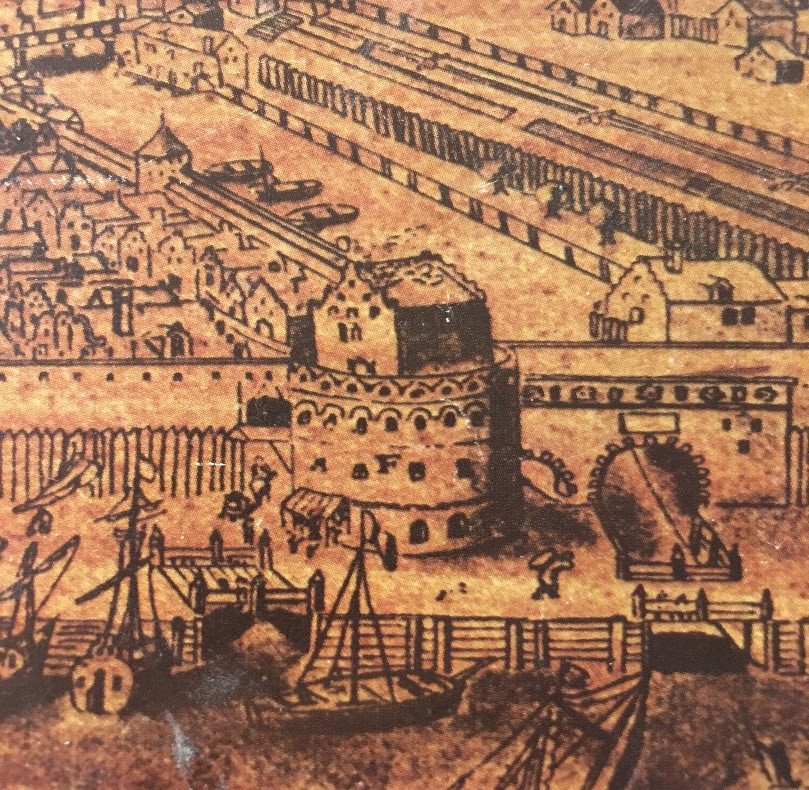 During the Swedish rule at the end of the 17th century, bastions were built along the banks of the Daugava, and the Mārstaļu Tower was demolished. Some of the city wall was preserved, because it was built over on both sides by houses of the city’s poor. A part of its remains can be found in the hotel’s courtyard. Today, only a fragment of the older tower’s rear wall and some of the brick flooring survive.